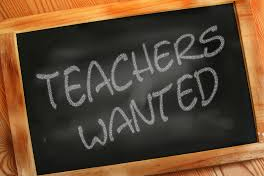 An outstanding education for English learners will require real partnerships between teachers with content and teachers with language expertise.

What is your favorite Supreme Court decision?

When I am a guest speaker for groups of k-12 teachers, I often ask my audience what their favorite Supreme Court decision is.  Some have never considered it since such a question is rather unusual, and others cite Brown v. Board of Education (1954).  Brown v. Board of Education is certainly one of my favorites, but since I am an ESL professional, I always take my opportunity with teachers to explain the case that came 20 years later, Lau v. Nichols (1974).  Just as Brown v. Board made segregation illegal, Lau v. Nichols made it illegal to ignore the language learning needs of immigrant children.  In effect, it launched our profession and the ESL programs in our schools.

We have not yet solved the problems of segregation in schools, nor met the challenges of educating English learners, but we have made a lot of progress since 1974.  ESL licensure for teachers started in Minnesota in 1984, providing Minnesota k-12 teachers with appropriate language teaching credentials for the first time. However, schools often did not take the responsibility mandated by Lau v. Nichols very seriously for a long time.

The next helpful milestone for EL education was the No Child Left Behind (NCLB) Act (2001).  As problematic as NCLB was for education, it did one great service for English learners: it made them visible.  Before 2001, many schools in effect hid their English learners and their test scores. When students are not visible, they are not served well.   NCLB forced schools to look at the education of ELs separately from other students, and to try to figure out how to improve it.

The Minnesota Standards for Effective Practice (2010), which provide the outline on which all teacher education programs in the state are based includes Standard 3 Diverse Learners part C, which requires that all teachers know about the process of second language acquisition and about strategies to support the learning of students whose first language is not English.  In place since 2001, the standards require teacher education programs to prepare all teaching candidates to take on the challenge of educating ELs.

I am also encouraged by some recent education initiatives which, when implemented, should lead to further improvement of the education of English learners.  One is the creation of the Common Core Standards in 2010 and the other is a new teacher performance assessment for student teachers called EdTPA (2013) that was introduced in Minnesota two years ago.  The Common Core Standards are a set of academic standards that children are supposed to meet in English and math at the end of each school year.  EdTPA is a national performance-based assessment system administered during student teaching. Designed by professional educators rather than legislators, it allows teacher candidates to show that they have the skills to meet the demanding requirements of teaching children so that they can meet the Common Core Standards.

What both the Common Core Standards and Ed TPA have in common that is so important for English learners is their emphasis on the academic language needed for content instruction. Zwiers (2008) describes academic language as:

“…the language required for schooling. It requires both key content words as well as language structure … Academic language is intricately linked to higher order thinking processes, developed by extensive modeling and scaffolding of classroom talk, accelerated by weaving direct teaching of its features while teaching content concepts.(p. xv)“

Similarly, the Common Core Standards includes standards for learning the academic language of math, science, social studies and language arts.  Clearly, the message being sent by these initiatives is that all teachers need to become language teachers, and teaching language includes sentence and text structure, not just what teachers traditionally viewed as “vocabulary.”

EL faculty and teachers are the language experts!

Do all of your colleagues know how to teach academic language?  Probably not, and mine in teacher education at the university level do not either.  All of a sudden the ESL faculty have become the sought after experts on campus in a way that we never were before.  It is my hope for all of you and all of your students that the same will happen to you.  Once we can really establish a true co-teaching partnership that draws on both content and language knowledge expertise, we will be a in a good position to provide an outstanding education for ELs. 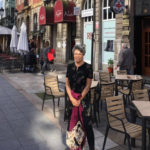 Ann Mabbott is a Professor Emeritus in Second Language Teaching and Learning at Hamline University. Since retiring from Hamline, she works as an English Language Specialist for the US Department of State. Her expertise areas include: Content-based language instruction, academic language, language proficiency assessment, and research methodology.