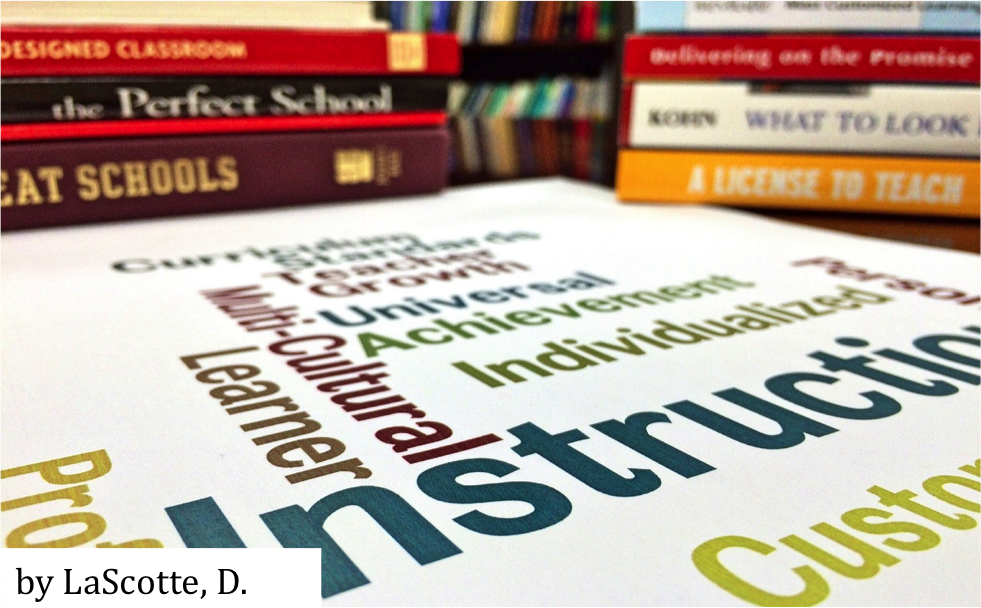 By incorporating learning strategies through context, teachers reduce the possibility of incorrect interpretation in L2 listening comprehension and therefore enhance their students’ learning in a second or foreign language.

“To place speaking before listening… is to put the cart before the horse” (Vandergrift, 1999, p. 169). As language teachers, it is not often that we hear from our students that they wish to learn to listen in a foreign or second language. Most of the time, the focus is heavily placed on written and oral production in foreign and second language classrooms; we want the students to be able to produce the language they are learning as quickly as possible. Of course, teaching a language involves a complex combination of speaking, writing, and listening. But, when and how often do we teach our students to listen in a foreign or second language? Although research has demonstrated that adults spend 40-50% of communication time listening (Gilman & Moody, 1984), the important role that listening plays in language learning has not always been recognized (Oxford, 1993). The purpose of this article will be to further explore the research behind listening comprehension and strategy instruction, and how we, as educators, can incorporate strategic listening activities in our classrooms to better serve our students in their language learning.

“a complex, active process in which the listener must discriminate between sounds, understand vocabulary and grammatical structures, interpret stress and intonation, retain what was gathered in all of the above, and interpret it within the immediate as well as the larger sociocultural context of the utterance” (p. 168).

With listening comprehension being the ultimate goal of most listening activities, it is important to start from the beginning of this complex process and analyze how given context—relevant conditions and circumstances—or lack thereof, has an effect on discriminating between phonemes and understanding strings of speech. The effect may, in turn, cause change in the initial steps leading towards listening comprehension, and would therefore result in an incorrect interpretation of the subsequent steps of this complex process. In this article, I argue that context plays a crucial role in listening comprehension and, without given context, incorrect discrimination between sounds of a speech sequence would result in a lack of comprehension for the listener.

Learning Strategies for L2 Listening and Past Research

Vandergrift (1997, 1999, 2002) emphasizes the importance of these three different categories of learning strategies because they facilitate comprehension and make learning more effective. In other more recent work, Vandergrift and Tafaghodtari (2010) refer to a few of these same strategies as processes, as they may be ongoing and employed in tandem with other strategies. It is true that depending on the general context of the class, the cognitive level of the learners, and the set-up of the classroom, some learning strategies or processes may be more appropriate for the teacher to employ at certain times than others. In addition to selecting the appropriate strategy within these three larger categories, other research shows that certain categories can be more effective than others (see examples below).

In another study of university-level students of French as a second language, Vandergrift and Tafaghodtari (2010) investigated the performance of two groups over a period of 13 weeks (one session per week). The first group received strategy instruction, in which the teacher implemented metacognitive strategies with listening activities. The strategies required students to anticipate what they might hear based on the topic of the lesson (thus activating their prior knowledge), check hypotheses and their understanding with partners, and verify overall comprehension as a large group. The second group, the control group, did the same listening activities; however no strategy instruction was incorporated into the lessons. The students in the control group only listened in the activity; they did not write down hypotheses, discuss in pairs or as a large group.

Testing both the experimental group and the control group with the same posttest for listening comprehension on each of the activities, the research concluded that the experimental group, in which the teacher incorporated strategy instruction, outperformed the control group significantly. Although this research was conducted in a foreign language classroom, this same context can be applied to teaching English as a foreign language (EFL). Learning from the results of the previously done research, we as educators should learn to incorporate similar strategies in our classrooms to best serve our students’ language learning needs. Although it is clear that there are many learning strategies to choose from for strategy instruction (see above for a brief list of Vandergrift’s [1997] learning strategies), let us consider two greater, encompassing approaches by which teachers can incorporate learning strategy into their lessons; these approaches are top-down and bottom-up.

Top-Down vs. Bottom-Up: Why Teach in Context

Applying the top-down approach, the main goal of the listening activities would be to activate the students’ prior knowledge of the subject matter, or schema, so that they are able to better derive meaning of the input from the given context (Byrnes, 1984). Research has shown that by activating the learners’ schema or by giving learners context from which they are able to derive meaning, learners are able to recognize vocabulary more quickly and understand the overall meaning more easily than if they had no context or prior knowledge whatsoever (Byrnes, 1984; Vandergrift, 2002).

The learner can therefore be primed to recognize certain language forms before others based on the context of the listening activity. Much of what we now know about priming stems from the initial cognitive psychology studies conducted in the early 1970’s which showed that participants recognized words more quickly when they followed an associatively or semantically related word (e.g. Meyer & Schvaneveldt, 1971). Although the original research in cognitive psychology tested visual recognition of words, the same effect of priming through context holds true for aural recognition of words and phrases in speech perception (Garnes & Bond, 1977; Jongman, Wang, & Kim, 2003). Listening in the context of priming, or an activated schema, influences the listener’s interpretation of the input. Consider the following “oronyms”—strings of sounds that can be interpreted as words in two different ways—taken from Steven Pinker’s (2007, p. 155) The Language Instinct:

Taking into consideration the first oronym (on the left), if the context of the class or of the listening activity was death, sickness, grimness, darkness, tragedy, poetry, etc., then the learners would sooner comprehend the first of the two sentences, “The good can decay many ways.” Contrarily, if the teacher activates the learners’ prior knowledge of treats, sugar, gifts, mail, Halloween, Christmas, birthdays, etc., the latter of the sentences, “The good candy came anyways,” would instead be interpreted more often than not. Similarly, with the second oronym (on the right), the students can be primed to hear and understand the first sentence, “The stuffy nose can lead to problems,” if the context of the activity was related to medicine, cold remedies, congestion, illness, sneezing, etc. And, by activating the listeners’ schema and prior knowledge of secrets, mystery, information, snooping, etc., the participants in the listening activity would more quickly recognize and interpret the second sentence, “The stuff he knows can lead to problems.”

In both oronyms listed above, the two sentences are interpreted and derived from the same set of phonemes. Phonetically, “The stuffy nose can lead to problems” and “The stuff he knows can lead to problems” are identical, as are “The good can decay many ways,” and “The good candy came anyways.” It is through context by which the listeners are primed to derive a certain interpretation or meaning from the string of phonemes. By not activating learners’ schema or teaching in context, the teacher is risking ambiguity when presenting certain listening activities, phrases, and vocabulary.

Contrastingly, the bottom-up approach aims to use the listeners’ linguistic knowledge to derive meaning from a set of phonemes by creating word boundaries and phrases within the string of speech. This approach focuses on building meaning from phonemes, and utilizes a different skillset in listening than the top-down approach, which is based heavily on context and the learners’ prior knowledge. Although we as listeners are constantly creating hypotheses about what we expect to hear next in an utterance, it is true that without much context or prior knowledge we risk creating false hypotheses. For a language learner, there is more of a risk with unknown idiomatic expressions, uncommon phrasing, and new vocabulary. In such cases, the listener must first recall from his/her short term memory what the speaker(s) said, then parse the string of phonemes into comprehensible units, and finally combine the units to form a complete thought that holds meaning for the listener.

The following sentences selected from Pinker (2007, p. 156) are phrases that have been reproduced by learners who parsed strings of speech into meaningful units consisting of words and grammatical structures already in the learners’ vocabulary. To those who do not have the L2 vocabulary used in the input, these “incorrect” interpretations of speech may appear to be just as logical as the “correct” sentences. This is where learners’ attention needs to be explicitly drawn to linguistic form.

It’s a doggy-dog world. [dog-eat-dog]
He was a notor republic. [notary public]
They played the Bohemian Rap City. [Bohemian Rhapsody]

Having never heard the popular, idiomatic expression “It’s a dog-eat-dog world,” the listener, already primed with the word dog, could very well infer “doggy-dog,” knowing already that doggy is a colloquial word for dog. Similarly, in the second sentence, the listener could already be familiar with the word “republic” and therefore parse and group the other phonemes into a unit assuming it is a word he/she does not know yet, thus assembling a non-existent word, “notor.” And finally, for those who are not familiar with the song “Bohemian Rhapsody” but who are familiar with the music genre rap, the third sentence may appear correct. In this case, even with context, one does not make more sense than the other. Although it is difficult to accurately apply context to such idioms in order to mitigate false interpretations in listening activities, this practice of bottom-up processing is useful for focusing on individual units and unknown features of the language. To avoid false interpretations teachers need to direct learners’ attention to linguistic form.

This article focuses on representative examples and benefits of using strategy instruction to teach L2 listening in context. Priming the students and activating their prior knowledge or schema, with regard to the topic of a conversation, class, or listening activity, allows students to derive meaning from context. This results in overall higher scores in listening comprehension, later determined by an assessment (multiple posttests) following a listening activity.

While the research presented was conducted in ESL and foreign language contexts, both of which were encompassed by an English-speaking community, further research and observation is necessary for determining the effect that strategy instruction has on the comprehension skills of English language learners in EFL contexts, and how that compares to the results of strategy instruction in L2 listening contexts for ESL. Arguably, EFL contexts would see a more drastic result in the overall development of L2 listening comprehension through the implementation of strategy instruction, given that in most cases the classroom is the only access to L2 input that students in EFL contexts have. Although we are unable to draw a direct comparison between ESL and EFL without the aforementioned research, it remains certain that by incorporating learning strategies through context teachers reduce the possibility of incorrect interpretation in listening comprehension and therefore enhance their students’ learning in a second or foreign language. 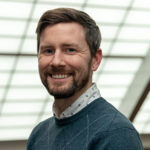 Darren Keith LaScotte is ESL Teaching Specialist in the Minnesota English Language Program (MELP) at the University of Minnesota. Within the broader scope of applied linguistics, his research focuses on second language acquisition and use, and on the resulting implications for teaching and learning. He has published on topics of language use and variation, the construct of voice and heteroglossia, and second language instruction and assessment. He is Technical Editor and an editorial board member of MinneTESOL Journal.