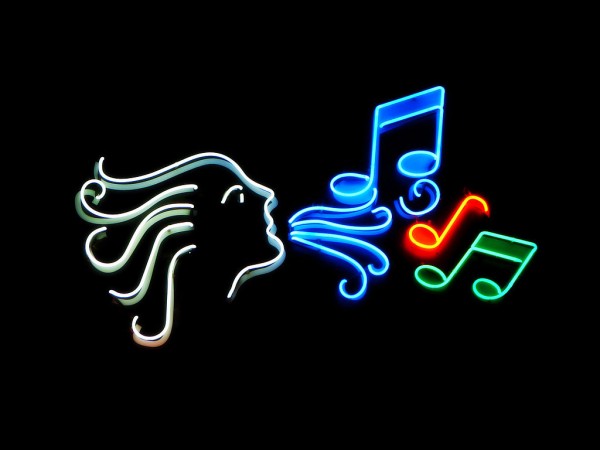 Rationales and Approaches to Using Music in the EFL Classroom

This paper examines the literature supporting music in the ESOL classroom and explores an original example procedure for use in an EFL context.

Use of Music in the EFL Classroom

Music is a greatly underutilized instructional medium in the EFL context. Although there is a wealth of research supporting the regular incorporation of music-related tasks into the classroom, there is still general reluctance within our field to use music consistently with EFL students. There are many possible reasons for this reluctance, including apprehension about students’ reactions to classroom music use, especially with adult students, the perception that music-related activities are only “for fun” and lack effective pedagogical applications, and teachers’ own myriad of inhibitions and anxieties regarding music, many of which might be very personal.

However, by eschewing music due to these or other rationales, instructors risk limiting their effectiveness and their potential impact on language students. This paper will examine the theory and body of literature in support of music in the FL classroom in terms of the efficacy of music as a memory aid; music as an encourager of involuntary mental rehearsal; the link between song, voices and values; and music as an authentic cultural artifact. Finally, an example of a procedure which can be used in the EFL classroom will be explored.

Music as a Memory Aid

In addition to theory supporting mood and cognitive enhancement in students, there is evidence supporting the use of music in the EFL classroom for a variety of language-specific purposes. Several studies have been carried out supporting music as a memory aid for second language acquisition. Many of these studies can be found in a literature survey by Engh (2013). One quantitative study conducted by Suzanne Medina with 48 second-graders with limited English proficiency found that music is an equally effective medium for vocabulary acquisition compared with non-musical media, such as oral stories. In addition to these statistical data, the descriptive data of the study “demonstrated definite and consistent patterns favoring music” (Medina, 1990, p. 15). In her analysis, Medina concludes,

Figure 1. A Comparison of the Din and the Song Stuck In My Head Phenomenon (SSIMHP)

According to these data, there are a number of enhanced benefits that accompany the use of music as a memory aid which are absent from the non-musical din. First, music is particularly well-suited to triggering mental rehearsal in language learners. Catchy tunes, repetitive texts, and the fun of singing are not only motivating but are also incredibly effective in getting students to think about language. Music also encourages mental rehearsal in learners of all levels, whereas non-musical forms of input rarely encourage mental rehearsal in advanced performers. Owing to the way that a memorable song can be easily called to mind long after learning it, the musical din is more enduring than the non-musical din. Finally, in my experience, a good song encourages students to seek out more music by the same artist, and so the effect is compounded by students’ genuine interest in seeking out more and more music.

Song as a Voice

A key observation provided by the sociolinguistic perspective of Second Language Acquisition is that we ultimately learn language from people and not from books. Sociolinguistic theory of second language acquisition, based in part on the work of philosopher Mikhail Bakhtin (1929/1984), has suggested that the voices through which we learn language are internalized in addition to the language itself. Tarone (2007) summarizes this as follows:

The importance of the internalization of voice is especially pertinent to the EFL context, where students may not regularly have contact with speakers of English. The voices of the songs that our students hear might actually become internalized, bringing with them the values of the artist, which students may then generalize to help define a culture or society.

This surfaced in a rather humorous way during my teaching experience in Russia, where students and non-students alike often welcomed me with the words “Don’t worry, be happy” upon discovery that I was American. I am unsure how, exactly, Bobby McFerrin’s famous song came to be ubiquitously associated with American culture, but seemingly every Russian had internalized this lyric and, along with the phrase, a certain value that was then associated with the culture of America as a whole. Music then, particularly for the EFL student, can channel voice in a very influential way, and is therefore a powerful tool at the disposal of the EFL instructor. Music can shape the way that students interpret culture.

Music as a Cultural Artifact

The suitability of popular music as a vehicle for experiencing and teaching culture has been thoroughly documented. Mishan (2005) writes “a song is a cultural artifact and can be invaluable as a sample of its culture, embodying its values and even sometimes helping to change it” (p. 206). Within the field of ESOL, the ability of music to convey these values is especially noted in terms of rock music. Moi (1994) suggests that rock lyrics are excellent for literary analysis, in that they provide “a magnificent opportunity to exchange views, to see how much the members of the community of the classroom have in common and to see the world from somebody else’s perspective” (p. 5). In addition, rock lyrics are highly motivating, relevant, an accessible source of authentic reading and listening material, and are a potential bridge to higher forms of literature (Moi, 1994).

These same arguments can be made for a variety of other genres of music for various pedagogical applications. Some instructors may choose music based on values of cultural awareness and inclusiveness, while others may prefer to choose songs based on a central theme or topic that the lyrics address. Regardless of these preferences, choosing to incorporate music into the classroom is motivating in that students are presented with authentic, yet accessible texts that are culturally rich in content and highly engaging.

Implementing music in the EFL classroom

There are different approaches to the incorporation of music into the EFL classroom which form a very broad spectrum. For example, there are now music-based materials designed to be used as an entire approach, such as the Contemporary Music Approach. The Contemporary Music Approach (CMA) is a set of materials compiled by Ron Anton, the focus of which is to teach one grammar topic through one song. More information can be found at http://viamusiccommunications.com/. A completely music-based approach is certainly not for everyone, and so more attention will be given to music as the centerpiece of a procedure (Harmer, 2007).

A procedure that I have used in the EFL classroom many times to teach the hypothetical/second conditional has, at its center, the song “If I had $1,000,000” by the band Barenaked Ladies. This song is particularly well-suited to the classroom because it is humorous, uses mostly conversational language (including several pop culture references that provide the opportunity for additional pedagogical applications), and, most importantly, the meaning of the song is very clear and accessible. If the students were not able understand that the singer did not have a million dollars simply by listening to the song, its usefulness as a pedagogical device would have been undermined. So then, the great strength of music in the classroom, as typified by this song, is that, through music, students can accurately and intuitively decode the meaning of unfamiliar texts containing unfamiliar and difficult grammar. In this way, music can be thought of as a powerful scaffolding technique which appeals to intuition, feeling, or emotion in addition to cognition. The procedure I use involves three stages.

First, I use a cloze-gap activity. I distribute the lyrics to the song with several words missing. Depending on my students, I may delete random words which I think they should know, the purpose of which is a simple listening exercise and a check to ensure the students pay attention to the song, or I may delete certain function words, such as modals or past tense verbs to draw their attention to the form.

In the first example, the word “house” is missing from both stanzas, which is accessible vocabulary for all students. That they are able to identify words from a real American pop song is both motivating and entertaining. In the second example, “I’d” is missing from the first blank and “would” is missing from the second. This is more difficult than the former example, but more proficient listeners are able to notice the contracted form in the first example and contrast it with the uncontracted modal in the second blank. After finishing the song, we check for understanding of the deleted words together as a class.

After this activity, I ask a series of big-picture questions, such as “Does the singer have a million dollars?,” to which the students answer “no!” Even when I have asked “Do you think that the singer will ever have a million dollars?,” my students have consistently answered negatively (the actuality of the band’s success need not be a factor here since we are concentrating on form and meaning of the hypothetical conditional). This is a perfect lead-in for talking about the meaning of the hypothetical conditional, as students have already noticed the hypothetical/unlikely meaning on their own without explicit instruction.

All that is left to do is an extension activity of some sort and/or an additional presentation on form if rules are a focus of the classroom. One such activity suggested by Tarone (2014) involves listening to three songs on a single topic, but of varying genres and points of view. The songs can then be used to launch into a discussion about the different points of view, during which students will have to reference lyrics from the music. This will promote noticing and use of new and varied authentic forms without a focus on rules, all the while exploring cultural and personal topics in a meaningful context. In short, everybody wins.

Current research suggests that music can be a highly effective tool available to the EFL instructor, yet, on the whole, it is still used very infrequently in the classroom. This paper has examined a number of rationales for the implementation of music into the EFL classroom from a variety of backgrounds and approaches with the aim of informing instructors of the pedagogical value that regular incorporation of music into the classroom can bring. With more awareness of these benefits and the increasing variety of music-based materials available to the EFL instructor, we will be able to better meet our students’ needs by giving music a more prominent place in the EFL curriculum. Not only is it an effective and authentic medium, but it is also motivating and a lot of fun for both students and teachers alike.

Medina, S. (1990, March). The effects of music upon second language vocabulary acquisition. Paper presented at the Annual Meeting of the Teachers of English to Speakers of Other Languages. Retrieved November 23, 2014, from http://eric.ed.gov/?id=ED352834 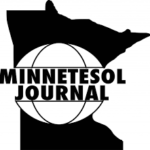 Adam Bloodworth was a current M.A. student in Second Languages and Cultures at the University of Minnesota. Adam is from Atlanta, Georgia and received his B.Mus from the University of Georgia in saxophone performance. Before beginning at the University of Minnesota, Adam taught EFL in Vladimir and Krasnodar, Russia and ESL in Atlanta. In addition to English instruction, Adam’s academic and professional interests include language study, Second Language Acquisition, ESOL material creation, and research on responsible and anti-colonial teaching practices.