The following work builds an argument for translanguaging by looking at two key academic benefits for supporting translanguaging use in the classroom. Firstly, translanguaging helped multilingual learners comprehend and communicate about subject area content and, secondly, it improved their English proficiency by enabling them to make connections between their home language(s) and English. The purpose of this writing is to make a compelling case for allowing and encouraging multiple language use in the classroom and to change monoglossic ideology in schools where it is prevalent.
Keywords: teacher education, multilingual learners, translanguaging, ESL strategies, emergent bilinguals

The development of the guiding question

Throughout history, teachers in U.S. America have employed a monolinguistic approach to developing a student’s English proficiency. I am an emergent bilingual teacher who believed that the best strategy to help students become more proficient in general American English (GAE) was to limit their home language use in the classroom and to provide a full immersion into the target language. After an introduction to a process called translanguaging, I realized that when I speak Spanish or German (my 2nd and 3rd languages, respectively), I draw from what I know in English, my 1st language, to help me comprehend or communicate in that other language. The prohibition of that practice would make it virtually impossible for me to communicate in Spanish or German. This realization led to several discussions with peers and an extant literature review on translanguaging which convinced me that multilingual students also use their entire language repertoire to make sense of their lives, including their classroom.

The following technical terms are used throughout this literature review and are defined to aid in its comprehension.

General American English is the variety of English that is encountered in reading, writing, television, educational contexts, and commerce (Washington & Seidenberg, 2021). Standard English, academic language, or English are other terms used when referring to the language variety of GAE.

Monoglossic ideology refers to an individual, group, segment of society, school, or an organization’s belief that languages should be kept separate from one another in their use in the classroom. Researchers Wardhaugh and Fuller (2015) define monoglossic ideology as “the idea that languages are distinct entities and should be kept strictly separate in their use” (Wardhaugh & Fuller, 2015 p. 411).

Translanguaging refers to a persons’ use of their entire language repertoire in the act of discourse. The repertoire includes all elements of language, such as varieties, registers, and styles (Wardhaugh & Fuller, 2015). Researcher García (2013) described translanguaging as the use of two or more language varieties in a flexible way—not separated—to make sense of their lives (García, 2013).

Improving multilingual learners’ comprehension of general education content was the first academic benefit revealed when exploring the research question: What are some ways translanguaging can be academically beneficial for students? Researchers Washington and Seidenberg (2021) stated in an article that academic content is challenging for students under the best of circumstances and adds a layer of complexity when that content is being delivered in a language other than the student’s home language or language variety. The research below postulated that natural and intentional translanguaging practices in the classroom enabled students to comprehend and engage with content more fully.

Natural use of translanguaging in the general education classroom

Researchers Daniel and Pacheco (2016) conducted a study of four multilingual students to observe how they naturally use their linguistic resources to make sense of the content area classrooms. One of the questions they asked to guide their study was “how do multilingual students use [languages other than English] LOTEs to support meaning making?” (Daniel & Pacheco, 2016, p. 654). Their study revealed that multilingual students use several strategies drawing from all the languages that a student knows. For example, one student would write down notes in her native language and then translate it into GAE. Another student would ask for peer assistance in their native language when they were struggling with content. At other times during the observation, researchers Daniel and Pacheco (2016) found that students co-constructed and negotiate meaning by sharing language knowledge with each other. The concluding thoughts of the study emphasized that, “teachers must begin to implement translanguaging pedagogies that encourage the development of the full range of the students’ linguistic resources” (Daniel & Pacheco, 2016, p. 661). The observations showed that even when translanguaging activities were not embedded into the lesson, multilingual students naturally used their entire language repertoire fluidly to make meaning of the content.

Intentional use of translanguaging in the general education classroom

An example of intentional translanguaging in the classroom was provided in a guide called Translanguaging: A CUNY-NYSIEB Guide for Educators (Celic et al., 2013). The program was implemented in eight New York schools by teachers who received professional development to use the strategies as outlined in the guide. Researcher García (2013, p. 2) stated in the first section of the guide that by using pedagogical translanguaging strategies, teachers were able to provide both rigorous content and academic language support simultaneously. In their work, Celic et al. (2013) found that these strategies helped emergent bilinguals achieve Common Core State Standards (CCSS). The guide itemized the CCSS alongside each strategy to ensure that the activity or strategy would meet the standard expectation. Examples of authentic student work were included in the guide itself as evidence of strategy and activity successes as it aligned to different standards. One student example showed how emergent bilinguals wrote and used science vocabulary and target language features to describe the solar system after only a few months following their arrival into the country (Celic et al., 2013, p. 47). This evidence was just one of many samples in the guide highlighting that emergent bilinguals were able to access rigorous content and meet CCSS through translanguaging.

In support of the CUNY-NYSIEB guide’s claim of effectiveness, Menken and Sánchez (2019) interviewed participants of the program created by Celic et al. (2013). This qualitative research found that students who participated in classrooms that used translanguaging strategies were more engaged in the lesson and participated more. Teachers also reported that when they provided students with translanguaging activities and incorporated home language use in their instruction, students had more access to the content being taught (Menken & Sánchez, 2019). By using intentional translanguaging strategies, teachers were equipped to help students utilize their entire linguistic repertoire to better understand complex concepts taught in core classes.

Bilingual students’ English proficiency improved when teachers intentionally provided activities that encouraged translanguaging. Researchers found that by using translanguaging activities, students developed language skills in English by connecting knowledge about language features and vocabulary in their LOTEs to those of the target language (Celic et al., 2013; Guzman-Orth et al., 2019). Researchers Menken and Sánchez (2019) confirmed these claims stating that by using translanguaging pedagogy in a strategic and flexible manner, teachers enabled students to access content and build on GAE language skills. The students’ discoveries of similarities and differences between languages was facilitated by the translanguaging activities provided by the teachers.

Translanguaging activities provide practice of language skills to create automaticity between students’ home knowledge and that of the target language. Researcher García (2013) wrote that, “Just as a Major League baseball pitcher develops his expert pitching form through practice, language users must develop their forms through practice” (García, 2013, p. 2). She stated that translanguaging provided students with the opportunity to practice GAE language forms and features alongside and with the support of the home language leading to the eventual appropriate use of GAE language forms (García, 2013, p. 3). Translanguaging activities provided by the teacher helped emergent bilinguals make connections between languages and improved their English proficiency.

Two notable programs which provide teachers with specific translanguaging strategies discovered in this literature review were the Teaching Reading and New Strategic Language Approaches to English (TRANSLATE) and the Language Ambassador (LA) Program.

The translanguaging instruction strategy TRANSLATE was found to be effective in helping students deepen their reading comprehension by shifting students’ ability from word-level to a more comprehensive understanding at the sentence-level (Jiménez et al., 2015a, 2015b). TRANSLATE encouraged students to talk aloud while reading text which Jiménez et al. found to make language and content more salient to students. This strategy allowed students to show their thinking with a partner or small group while they unpacked text. This helped students understand complex text and enabled them to use each other as resources to draw connections between their home language(s) and GAE, thus improving their proficiency in English.

A second strategy found effective for improving GAE proficiency involved training teachers to lead discursive based activities. The LA Program was implemented in a bilingual school. In her study, Martin-Beltrán (2014) examined the relationship between translanguaging activities in the classroom and students’ GAE proficiency. She found that through the LA activities, students had an opportunity to use their language dexterity to talk about language function, express their understanding, and co-construct a language product (such as a piece of writing) (Martin-Beltrán, 2014). The findings from her study confirmed that the students engaged in cognitively advanced levels to unpack sophisticated literature and grapple with complex linguistic features (Martin-Beltrán, 2014). This equipped students to make direct connections between language features in their own language(s) and English.

In conclusion, the literature review examined the guiding question: What are some ways translanguaging can be beneficial for academic success? As stated in the introduction, this review builds an argument by looking at two key academic benefits for supporting translanguaging in the classroom. Firstly, translanguaging better positioned students for academic success, and, secondly, students improved their GAE proficiency. Teachers need to be aware of and respect students’ home language(s) as tools for success in their communities and in school (Fillmore & Snow, 2000). Understanding that emergent bilinguals come with their own personal language repertoire was key for these teachers as they strived to help students access rigorous content, improve GAE proficiency, and achieve academic success. The literature confirmed that students already used translanguaging in their daily lives and this ability could and should be leveraged to maximize student learning by providing activities and using strategies that encouraged translanguaging.

This literature review by itself is insufficient for changing monoglossic ideology in schools and classrooms. For policy and practice change, administrators and staff need professional development. Researchers (Menken & Sánchez, 2019) found that through professional development, attitudes about translanguaging shifted and its use increased in the classroom. In addition, professional development led to policy, pedagogical, and practice shift from a monoglossic approach to a more cross-cultural and translanguaging approach both in the classroom and school-wide (Menken & Sánchez, 2019). Although this shift required a tremendous amount of effort, the benefits for students whose home language is other than GAE is essential for their academic success and GAE proficiency.

Beyond the guiding question of What are some ways translanguaging can be beneficial for academic success? were broader concepts to be explored. Topics including the student’s social emotional wellbeing of using their home language in school, personal identity to language and culture, and the inherent inequalities associated with a dominant language such as GAE left me with many unanswered questions. Evident to me was that the relationship between translanguaging, the school, and the student is complex. Each one of these topics was beyond the scope of what this literature review could explore, however, each was equally important to students whose home language was other than GAE. 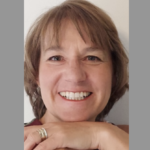 Dayna Hillcrest has a Master of Teaching from Hamline University and is currently working toward an ESL K-12 license to add to her World Language K-12: Spanish license. Her 10 years of teaching experience includes teaching English to adults in Germany and teaching Spanish and ESL to students ranging from K to 12th grade in charter and public schools in Minnesota. She currently teaches at Princeton District 477. Dayna’s master work, called A Professional Development Program to Improve Reading Comprehension for Secondary Students, demonstrates her passion for helping students improve their reading proficiency.