Perceptions of multilingualism in the classroom

This literature review examines the perceptions teachers, administrators, and students have about multilingualism in the classroom in a variety of settings ranging from mainstream classrooms to dual language programs.
Keywords: English learners, education, perception, home language

Classrooms in the U.S. are becoming increasingly more diverse both racially and linguistically. In 2015, the country had nearly 5 million English language learners (ELLs), which makes up about 9.5% of the nation’s school population (Bialik et al., 2018). While linguists view all languages as equally important, sociolinguists also study the concept of linguistic inequality, or the idea that particular languages hold more power than others (Wardhaugh & Fuller, 2015, p. 50). Classrooms in the U.S. demonstrate the power that English holds.

In our globalizing world, the benefits of bilingualism are apparent, yet our school system tells students that English is the language of the classroom while home languages do not belong. While the U.S. has no official language, there has been a push for exclusively English use in the classroom both historically and today. According to Wiley and García, “the ideology of English Only education as a principal tool of Americanization has had considerable influence on shaping school language policies, both in terms of the use of immigrant languages in schools and the emphases placed on foreign language education” (2016, p. 51). Using English as a “tool of Americanization” has put an emphasis on the assimilation of immigrants and multilingual learners when it is clear that we live in an era when multilingualism is beneficial.

Review of the literature

When students feel that their home language is valued in the classroom, it can lead to a positive impact on students’ self-esteem, support their second language acquisition, and have positive impacts in terms of identity (Wiley & Bougie, 2007). Negative perceptions of home languages can also have an effect. In one study, Fuller found that Mexican American children living in rural southern Illinois were often hesitant to speak in their native indigenous languages from Mexico because they “were sometimes teased for their association with these languages” (Wardhaugh & Fuller, 2015, p. 84). Each of the following studies demonstrate the perceptions of multilingualism in the classroom. The classroom programs vary, reflecting the diverse classroom environments that students in the U.S. experience.

In a study at a Texas high school, Spanish-speaking immigrant students’ perceptions of their ESL classroom were compared to those of their mainstream classes. Researcher Curtin (2005) interviewed students, teachers, and administrators, and conducted classroom observations. Students reported feeling supported in their ESL classes, while feeling ignored in their mainstream classes. One factor that played a role in these feelings was the teachers’ perception of multilingualism. In ESL classes, students often worked through problems together in Spanish. However, in the mainstream classes, students were discouraged from using Spanish and were often separated if they did. Discussions with these teachers revealed that they felt it was “their responsibility to help ESL students ‘transition’ to English and that they did not encourage asking for assistance in Spanish from a classmate in class” (Curtin, 2005, p. 22). This study reveals the perception mainstream teachers had of students’ home languages as separate from their education.

Curtin’s observations of negative perceptions of home languages from mainstream teachers is similar to that which Rizzuto noted in her 2017 study at a school in the Northeast where over half of the students spoke Spanish at home. Through interviews and classroom observations, Rizzuto  found that mainstream teachers had negative perceptions of ELLs. Teachers noted they were concerned about students’ use of Spanish in the classroom. Most teachers enforced English-only rules in the classroom and did not allow bilingual students to support ELLs in Spanish. Interestingly, when asked about their beliefs on Spanish in the classroom, teachers “indicated a high level of agreement with the prompts that measured openness to bilingual instruction and allowing students to use their language in school” (Rizzuto, 2017, p. 194). However, ultimately teachers’ negative perceptions of ELLs led to a monolingual classroom environment in which students were not supported and unable to meet learning objectives.

While the previous two studies discussed negative perceptions of multilingualism in mainstream classrooms, the following three studies demonstrate the positive perceptions of multilingualism in dual language programs. Studies of dual language approaches demonstrate higher levels of acceptance of the home language. De la Riva, a researcher at Hamline University, interviewed newcomer students at a dual language immersion middle school and those on the English-only track in order to compare their perceptions of membership according to the perception of Spanish in the school, academic participation, and peer acceptance. In interviews with students, de la Riva (2015) asked about the desirability of speaking Spanish and answers varied depending on students’ program and their language proficiency. Newcomers in the English-only track felt that they had to learn English before gaining full membership into the community and without it they felt they were “not even like a legitimate peripheral participant of the community” (de la Riva, 2015, p. 50). In the dual language immersion program, students also felt language acquisition was important in order to feel fully accepted; however, in this program the language was Spanish. The article concluded that students in the English-only track who were only proficient in Spanish felt excluded while those who were bilingual felt a sense of belonging.

Lindholm-Leary (2016) also conducted a study in a dual language setting, which demonstrated the support for bilingualism students felt in this environment. This school had both a Mandarin-English and a Spanish-English dual immersion program. Students were asked to create an advertisement for bilingualism, indicating that students had learned the benefits of bilingualism. Students’ answers ranged from cognitive benefits, to professional and academic success, to being able to connect with family. It is clear that this dual immersion program not only taught bilingualism, but promoted it as beneficial for students. Lindholm-Leary found that ELLs were successful in these programs, stating that ELLs who were reclassified as English proficient had “the highest ratings of bilingualism provided by teachers and themselves, and they are even more confident of their bilingualism than their peers who continue to be ELLs” (Lindholm-Leary, 2016, p. 65). The study demonstrates the effects of bilingualism being promoted as beneficial. Students held positive perceptions of both English and Spanish/Mandarin, allowing ELLs to thrive.

Recommendations for teachers of ELLs

The studies above indicate classroom strategies that teachers can practice to support ELLs and encourage multilingualism. According to student interviews conducted by Curtin (2005), Lindholm-Leary (2016), and Butvilofsky and Gumina (2020), students felt more supported in classes in which teachers allowed the use of home languages. Teachers can better support emergent bilingual students by offering a space in which all languages are accepted and valued. This can be practiced through displaying posters, artwork, signs, and so on that show multilingualism as well as using texts and materials that include multilingual speakers.

Another area teachers can support ELLs is through educating colleagues about the importance of multilingualism and promoting it as a “resource rather than as a deficit” (Rizzuto, 2017, p.195). Rizzuto’s study shows the negative effects teachers with negative perceptions of multilingualism can have on ELLs’ education. As teachers, it is important that we advocate for our students through teaching the positive benefits of multilingualism.

Finally, the literature suggests the success of dual language immersion programs in not only supporting language development, but also in promoting positive perceptions of multilingualism. While working at a mainstream school, some practices can be adopted from these programs. For example, encouraging multilingual students to take language classes in their first language. This demonstrates to students the value of being multilingual.

The literature shows that mainstream teachers often have negative perceptions of languages other than English being spoken in the classroom. They often have English-only approaches and rarely incorporate home languages into their curriculum. In Curtin’s (2005) study, students noted that this lack of support for their home language was a reason they did not feel successful in mainstream classrooms. On the other hand, the literature shows that in bilingual classrooms, there were often positive perceptions of languages other than English and teachers emphasized the importance of bilingualism. 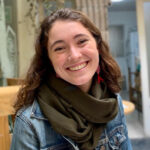 Sophie Breen is a graduate student (MATESOL) at Hamline University. As a Fulbright scholar, she taught pre-service English teachers in Argentina. Now, she teaches project based learning classes to young adult English learners. Her interests include sociolinguistics, language acquisition, and empowering multilingual learners.